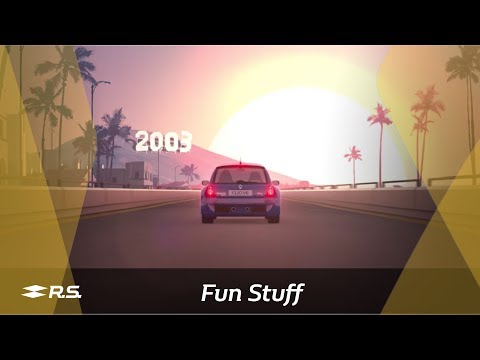 Last summer, the third-generation Megane RS has been discontinued. This led to most people thinking that an all new version was coming very soon.

In fact, some expected to see a new generation Megane RS at the Paris Motor Show. So when they didn’t, it was expected to be launched at the recent 2017 Geneva Motor Show. But still, Renault has not revealed the car in any of the auto shows mentioned.

So then, more people are guessing that it will come out at the 2017 Frankfurt Motor Show in September, since the French company did say that the model will be unveiled later this year in a video they released on Facebook celebrating a social media milestone of reaching 1 million fans. Now, that should be a more accurate guess. But then again, we don’t have much to go on.

Bastien Schupp, Renault’s Vice President of Global Strategy and Marketing Communications, stated that with the help of social media, they are able to connect, interact, and get feedback from customers. Furthermore, he expressed his excitement to reveal the car later this year, as he thanks Renault fans for their commitment.

The video they released on Facebook opens frame in a Need for Speed like video game setting in 1983. Showing us the different models they have released over the years, the car in the video game changes as it sprints to the next year, ending it with the 2016 Megane RS. But a few seconds after the video ends, the setting changes to a real-life warehouse, and as the lights turn on, the 2018 Renault Megane is revealed with its headlights on - but hidden under the cover. Such a tease!

So let us get to the expectations: the fourth generation model will have a roof mounted wing and large rims, along with a set of aggressive bumpers on both the front and the rear end. Also, Renault Sport is expected to tune the chassis of the upcoming model. But there is more, under the hood of the car will be a new 2.0 liter four-banger turbo engine that can push 300 horsepower to the front wheel drive - making its engine more powerful than the older version. It will come with a standard six-speed manual or an optional dual-clutch automatic gearbox.

The fourth-generation Renault Megane RS will be a good alternative to the Volkswagen Golf, the Focus RS, or the Civic Type R. Expected for a 2018 arrival date, this will probably cost a bit higher than its predecessor, so it might have a starting price of at least £24,000. If we’re right, then it will be slightly more affordable than a Civic Type R.