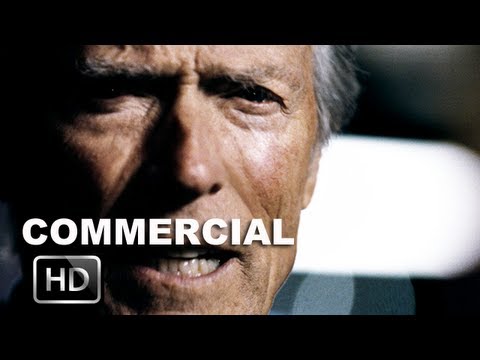 Chrysler Group’s commercial that was aired during the live broadcast of Super Bowl XLVI underscores the group’s American heritage despite having an Italian owner.  The advertisement, titled "It's Halftime in America," features Clint Eastwood saying the following lines: “It’s Halftime in America Script; It’s halftime.

Both teams are in their locker room discussing what they can do to win this game in the second half; It’s halftime in America, too.

"People are out of work and they’re hurting. And they’re all wondering what they’re going to do to make a comeback. And we’re all scared, because this isn’t a game. The people of Detroit know a little something about this. They almost lost everything. But we all pulled together, now Motor City is fighting again.”

Eastwood mentioned the hardships that he has faced in life and about losing heart. He also talked about the “fog of division, discord, and blame” that made it difficult to see what lies in the future. He went on to say that the nation overcomes the tough periods by finding a way.

He pointed out that Detroit is showing how it could be accomplished, something that holds true for everyone as well. He added that the country “can’t be knocked out with one punch” and would only get back up again right away. He concluded the ad by saying, “Yeah, it’s halftime America. And, our second half is about to begin.”

The new Chrysler 300C was designed to compete with the best vehicles in the executive sector when it comes to quality. Not only is the 300C crammed with standard equipment, but it is also exceptionally built.

Even before Chrysler began building the 300C, the company studied rival cars, covering a range of performance attributes that include quality, refinement, and craftsmanship. The challenge was for Chrysler to build a car that exceeded – or at least matched – these levels. Among the first vehicles from the Fiat-Chrysler Group that a special internal team had examined during its digital design process was the 300C. It was examined for ‘perceived quality,’ especially from the point of view of demanding customers.

Simply put, ‘perceived quality’ is the impression you have when you touch or look at things. Whether you are grasping a steering wheel, sitting on the passenger seat, or simply looking at the car’s fascia, the shape of objects, their tactile sensations, and the materials that they are made from, actually help you form an opinion of what you see.

The internal team worked hand in hand with the company’s engineers and designers in improving everything from the assembly process to the finishing, to the quality of materials and surfaces. As a result, the Chrysler 300C is viewed as a high-quality executive vehicle.

Moreover, the car boasts exceptional interior quietness, outstanding safety, and confident handling, thanks to its use of advanced high-strength steel. Interior noise suppression is further improved with two composite underbody panels, which provide over 2.4 meters of acoustic insulation, front side windows especially designed for outstanding acoustic performance, a windscreen, triple seals around the car’s doors and its special wheel well liners. Noise is also reduced with the car’s laser-braised roof panel as well as rail sections that deliver a clean, uninterrupted and aerodynamic uni-body.