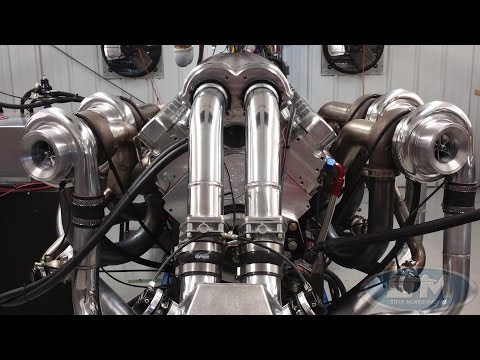 In 2013 during the glitz and glam of the Dubai International Motor Show, the Devel Sixteen concept car made its first appearance. Its designer Majid Al Attar boasted that it was the most powerful vehicle ever built, adding that this supercar combines power, technology and sophistication.

We think he may be right. With a quad-turbo V16 and the capability to produce an unbelievable horsepower of 5000, this is a car that has to be heard as well as seen to appreciate its power and presence. Check out Steve Morris Engines on YouTube testing this monstrosity of an engine.

It makes a meaty, menacing, and marvellous sound like nothing you have heard before. This concept super car literally blows your mind. The design takes inspiration from the masters Lamborghini Veneno and Egoisa and then takes the supercar to another level. However, the official webpage for the Devel Sixteen remains suspiciously quiet when it comes to detailed specification.

Fear not, all had been revealed at the Dubai Motor Show with claims of travelling from 0 to 60 in a 1.8 blink of a second and a top range of 560 km/h (347 mp). If the Devel Sixteen moves from concept to production car, it will earn the title of fastest car in the world.

The vehicle went down a storm with the Arabs. With a price tag of $1 million, it’s a steal for this level of amazingness. Already, three customers have put in their orders. This is one motor that we cannot wait to hear on the roads!