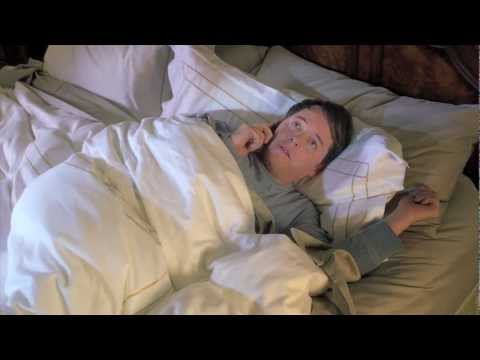 Matthew Broderick is featured in the new Honda CR-V ad that will be viewed in a Super Bowl ad. He’s had a prolific career but he’s best known for playing Ferris Bueller. He plays himself in the commercial but he recreates many scenes from the 1986 movie, “Ferris Bueller’s Day Off.” In the ad, he wakes up and then chats with a Hollywood producer about being sick. The producer readily says yes to giving him the day off while Broderick looks at camera and says: “He bought it.”

The ad continues in much the same way as the movie did during Bueller’s morning routine, such as brushing his teeth and hair drying. Even the same song is used: “Oh Yeah.” When he arrives at the lobby of his apartment building, “Broderick, Broderick” could be heard being said by the parking attendant in the same tone used by Ben Stine in the movie.

While driving, Broderick sees the Hollywood producer on the next car but he puts a big panda bear there to hide his face.

The Super Bowl ad would be a lot shorter than the extended version on YouTube titled “Matthew’s Day Off” that lasts for 2 minutes and 30 seconds. The ad was directed by Todd Phillips, director of ‘Old School’ and ‘The Hangover,’ and was produced by RPA, a full-service advertising agency.

The previous-generation Honda CR-V’s size and proportion and refined styling features had helped it earn its title as the best-selling sports utility vehicle every calendar year starting 2007 up to 2010. When we say refined styling features, we mean its multi-reflector halogen headlights, its exterior detailing that convey sophistication and ruggedness, and its long full-body taillights.

Now, the 2012 model of the CR-V takes on a more aerodynamic and more aggressive stance, with a bolder font fascia and with deeper bodyline sculpting, compared to the previous-generation models. The new SUV’s horizontal 3-bar grille and its deeply set multi-reflector headlights highlight its front bumper’s smooth-flowing lines. Meanwhile, its lower front bumper smartly wraps upward to express capability with its generous approach angle.

The lower front bumper design smoothly integrates with the fascia to offer improved aerodynamics. Additionally, the new model also carries the signature CR-V vertical rear brake lights that were originally used on the 1997 model. However, these signature rear brake lights now have a more 3-dimensional style that compliments the aerodynamics and the design of the vehicle. Moreover, the new CR-V's large wheels and its bold fender flares underscore its capability and its dynamic presence.

When it comes to aerodynamic efficiency, the 2012 CR-V is expected to be the leading model in its class, with its various design elements helping improve efficiency. Also, the SUV’s longer roofline and its integrated rear spoiler contribute to lower drag coefficient.

CR-V EX-L has silver roof rails starting at the A-pillars then sweeping along its roofline toward its rear end. These roof rails provide the attachment point for the accessory rack, while also giving a dramatic visual element. These roof rails are completely functional, with every side including 3 anchor points.

Compared with the previous-generation CR-V, the new model’s side-sill garnish that covers the rocker panel makes a more direct path to the ground when you open the door and enter or exit the vehicle. This results to less step-over distance, providing better comfort and lower possibility of your leg touching the vehicle’s side.