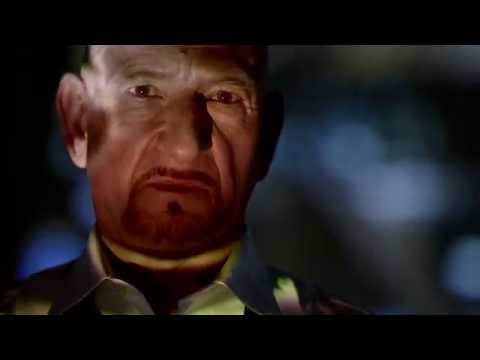 Jaguar has just released its 60-second “Rendezvous” big game spot, which will air during the fourth quarter of the Super Bowl this Sunday. The new spot has the #GoodToBeBad hash tag and introduces to the world the new Jaguar F-Type Coupe. Moreover, the new ‘Rendezvous’ spot launched company’s new ‘British Villans’ campaign, which will air until July.

According to Jaguar, the new campaign features well-known British actors such as Sir Ben Kingsley, Tom Hiddleston and Mark Strong and was filmed by Oscar-winning British director, Tom Hooper, in London. "Rendezvous" opens with Sir Ben Kingsley asking the question, 'Have you ever noticed how in Hollywood movies, all the villains are played by Brits?'

"Rendezvous was filmed with the realization that many of today's television viewers have access to beautifully sharp picture screens and multi-channel surround sound not unlike the best movie theaters," said Curry. "The 'British Villains' TV spot combines an entertaining, thoughtful narrative with a visual and aural quality that conveys the excitement of owning and driving a high performance Jaguar F-TYPE. We hope viewers turn the volume up."

"Super Bowl week is a major milestone for the Jaguar brand as we present our newest and fastest model, the F-TYPE Coupe, to millions of current and future potential customers," said Jeff Curry, Brand Vice President, Jaguar North America. "We are sharing the 60- second spot online this week as interest rises, but really look forward to presenting the F-TYPE coupe and our British villains in action to the viewers in high definition during the game."

As a company, Jaguar has long been known for its convertible two-seat sports car that highlights agility, driver involvement, and more importantly, performance. The upcoming F-Type signals a return to this principle. In fact, this new model continues the athletic lineage that goes back at least 75 years. It also covers many of the most desirable, thrilling, and beautiful sports car ever made.

Aside from joining the coupe and convertible models of the XK, the F-Type is expected to give the brand a wider range as it relates to GT and sports models. When it comes to the design of the exterior, Jaguar models have always shown a rather defined graceful and muscular elegance. The new F-Type not only continues this tradition but advances it as well by combining it with a design language that is both new and assertive.

With the use of two bold strokes, it allows two “heartlines” to be able to define not only the profile of the F-Type but even the top-down view. The first “heartline,” which is also the main one, starts at the blade that divides the shark-like gills positioned on either side of the vehicle’s grille. It then goes to the fender line forming the sharp crease on the top.

This allows it to give the needed sight lines that drivers can use when doing cornering maneuvers. At the same time, it also puts focus on the top region of the front fender, highlighted with how the headlamp is designed. After that, it then runs to the door before gracefully disappearing as it reaches the rear section of the vehicle. Considered as a genuine two-seat sports car, the F-Type comes fitted with the lightweight and modern soft top that once lowered, acts as its very own tonneau cover.

What this does is help lower the weight while also enhancing the packaging. Further, it helps give the model a center of gravity that is lower and thus provide for greater agility. This top can be opened and closed within 12 seconds and even when running at speeds going as high as 30 mph. The multi-layer construction utilizes Thinsulate lining in order to optimize the sound and thermal-insulating qualities.

In terms of weight, the new F-Type stands at 3,521 pounds, a rather low one. Power though is made higher with three versions: 340-hp, 380-hp, and the 495-hp. Add in that exceptional aerodynamics and you not only get a true sports car experience but one that represents the luxury and elegance of the brand.