“Maddie” spot for Chevrolet Equinox is a hit on YouTube 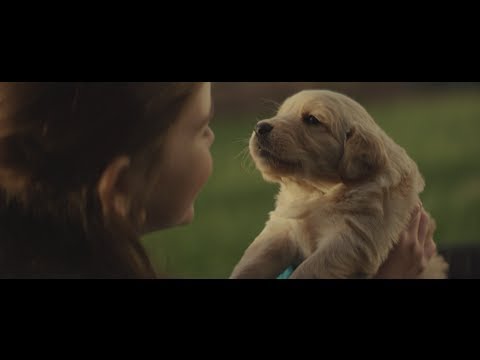 A Chevrolet commercial uploaded on YouTube featuring a dying dog is creating waves. The 60-second emotional Equinox spot -- produced and uploaded Herd Films, features a dying Golden Retriever named “Maddie.” Its owner is saying goodbye to the dog and suddenly, the story goes backwards – showing scenes like her birthday celebration, her breakup with her boyfriend, her college graduation, her move into her apartment until when she was still a little girl picking a puppy from a litter and naming her Maddie.

"A best friend for life's journey," spot notes as the family enters into their Equinox after buying the pup. Because of the spot’s appeal to emotion, most people loved it and a few criticized – but overall it was an overwhelming success as it has already attracted nearly 1.4 million views on YouTube. Chevrolet, however, has never actually aired “Maddie,” according to said spokeswoman Cristi Vazquez.

The spot’s producer, Herd Films, was one of 13 finalists in an Oscars film contest conducted by Chevrolet and MOFILM. It was Herd Films, not Chevrolet, that posted the spot to YouTube, Vazquez said. When asked if Chevrolet has plans to air “Maddie,” Vazquez replied, “Not right now."

She noted, however, that Chevrolet has the right to do so, as it was sponsor of the contest wherein 72 filmmakers submitted entries for a spot to run on ABC's Oscars telecast March 2. Chevrolet ended up choosing a spot titled "Masterpiece" submitted by South Korean independent filmmaker Jude Chun.

The new Equinox comes with a design incorporating Chevrolet’s signature global face, which is defined by the two-tier grille and the golden Bowtie insignia. According to Peper, the new Equinox is a true Chevrolet, thanks to certain design cues like wraparound headlamps, dual round rear lamps, strong fender shapes and a distinctive roofline.

Ed Welburn, vice president of GM Global Design, remarked that the new Chevrolet Equinox is a sporty, yet upscale compact crossover that fuses function and style. He added that both the exterior and interior of the new Equinox offer delight with careful attention to detail.

In addition, the new Chevrolet Equinox boasts of a wheels-at-the-corners stance, a multi-dimensional bonnet as well as a wraparound rear side glass. Chevrolet enhanced the aerodynamic performance of the new Equinox by employing carefully designed exterior features. For instance, the base of the windshield has been moved forward by three inches (75 mm).

Interestingly, the rocker panels of the new Equinox have been integrated into the doors to allow occupants to easily enter or exit the SUV. These rocker panels narrow the area where an occupant would step over. Chevrolet also picked chrome trim and flush-fitting "exposed-edge" windshield and rear glass to further boost the Equinox's build quality while reducing wind noise.