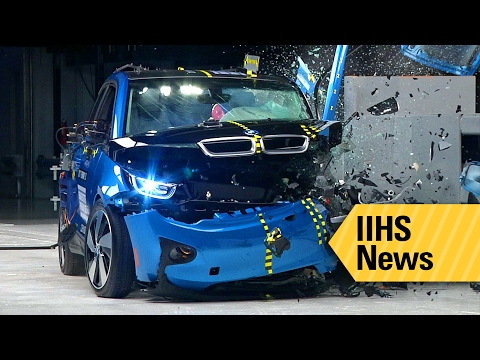 They were so near, and yet so far. This is how we could describe the saga of two electric cars -- the Tesla Model S and the BMW i3 – in their attempt to earn the highest safety award being given by the Insurance Institute for Highway Safety.

Of course, every carmaker wants their vehicles to earn at least the Top Safety Pick award. However, there is nothing much better than earning the Top Safety Pick+ (Plus) award. Why? Simply because a good chunk of possible customers also regard vehicle safety as one of the parameters in choosing a new ride. IIHS has already commenced testing vehicles for 2017.

So, what went wrong for the Tesla Model S and the BMW i3?

According to IIHS, the Model S scored good ratings in moderate overlap front, side, roof strength and head restraint tests. However, it only earned an acceptable rating for the small overlap front crash test. IIHS disclosed that during the small overlap test on the Model S, the safety belt allowed the dummy's torso to move too far forward, causing its head to hit hard the steering wheel through the airbag.

IIHS noted that the Tesla Model S P100D only earned an Acceptable rating for roof strength, basically because this version of the electric is heavier due to a larger battery. The institute didn’t rate the current version of the Model S for front crash prevention since the software for its automatic braking equipment hasn't been activated yet on all models. The institute also gave the Tesla Model S a Poor score on its headlights, simply because visibility was only good for both the low and high beams when the car is going straight. However, visibility during turning is inadequate.

On the other hand, two plug-in hybrids earned the 2017 Top Safety Pick+ award from IIHS after cruising through all criteria with ease. These models are the Chevrolet Volt and the Toyota Prius Prime.