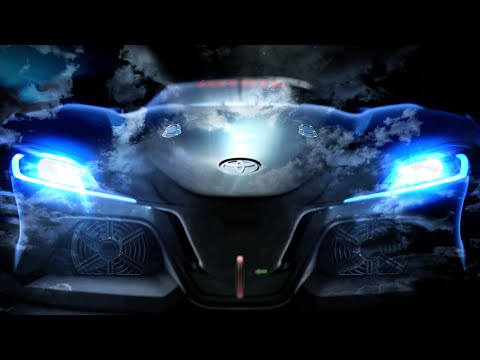 Toyota is the latest car manufacturer to create a vehicle which will be available to download in the Gran Turismo 6 racing simulator. The new vehicle is in fact a racing version of the Toyota FT-1 Concept that was unveiled back in January at the 2014 Detroit Auto Show.

Toyota says that the new concept is inspired by classic designs such as the Supra. Still, the Japanese manufacturer didn’t give us any details regarding the engine found under the hood. It simply said that it will be capable to deliver an impressive output.

The short teaser shows that the new FT1 comes with a aerodynamics, new decals but also a large rear wing. Toyota's new concept was designed by company’s Calty studio in California and it will join other vehicles such as the Nissan Concept 2020 and the Aston Martin DP100, as well as the Mercedes-Benz Vision Gran Turismo.

The initial FT-1 concept car inspired sports car enthusiasts as well as the automotive world with its debut in January at the North American International Auto Show. Labelled the symbolic pace car for the Toyota Global Design’s new direction, the brawny, shapely exterior adds on to Toyota's abundant sports coupe tradition that dates back to the 2000 GT, Celica, Supra, MR2, and, most recently, Scion FR-S.

That first automobile astounded in a bold red, while this next FT-1 stuns with stylish graphite. The two share the intensely sculptured intakes and openings that support its ready-for-the-track nature and the vivid outlines apparently wind-shaped. It's an appearance that gets the heart pumping.

The glamourous leather colour alternates between the first and second FT-1 automobiles, and the external differences are stunning. The first vehicle had dominating strong, manly black that maintains the driver’s focus on the route, while painted red edges and raw metals create fascinating emphases. In the next, the natural seat leather is pliant with a natural grain, providing it with a genuine appeal.

The red-painted edges in the initial concept car are now delicately blended brown in the next version. The intent is to create a more refined feel and genuineness through colour selection, highlighting the adaptability of the concept FT-1 sports car. Aficionados who want a purer high-performing experience could select the black-red combination, while others may want the superior, sporty feel of saddle leather.

From the beginning of the FT-1 project, the company wanted drivers to have a flowing sensation while driving, to be able to concentrate on the road without distraction. In the colour studio, the designers help produce the vehicle’s atmosphere with the aim to ensure every aspect sustained drivers with effective options. The saddle leather keeps that same concentration driving intent, while creating a more high-quality feel.