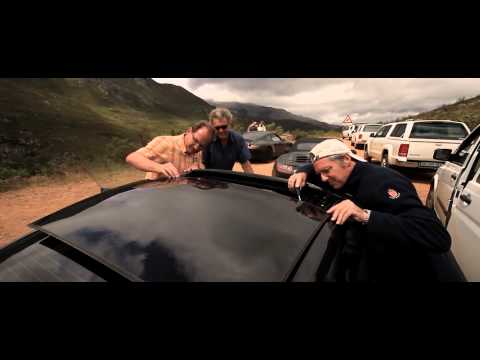 Porsche is working on a new generation 911 that aside from getting a boost in power, has also been designed to be more spacious, more refined, and bigger. However, there are reports that the model that will be unveiled in the upcoming Frankfurt motor show will have an additional gear for efficiency.

Team Speed recently posted an undisguised photo of the model, displaying the sheetmetal of the upcoming Carrera S model.

It’s actually surprising that Porsche didn’t take more precautions in hiding the car better, considering that exposing it to the world is easier with the advancements in technology. This video is mostly focused on the back, which is seen to be more coupe-like and is certainly longer.

It also seems that the stoplights have a U-shaped configuration but this isn’t very good in hiding its real shape. Its wheels have a new design and are in a new color, a very dark blue shade.

The Carrera S is powered by a 3.8-liter flat-six engine that could deliver 400hp. Meanwhile, the base Carrera will share its 350hp 3.4-liter with the next Boxster S.

The 7-speed manual and 7-speed PDK will feature Launch Control. It’s expected to have a 12-15% improvement in its fuel efficiency under the European test cycle.

The Porsche 911 Carrera has undergone a revolution in its design and you could easily see this no matter where you look. From the side, you can see the new styling, the more curved windshield and the bigger alloy wheels that highlight the jauntiness and that make it more like a coupe.

You also have a wider front end with bigger side air intakes, and new headlamps. Meanwhile the rear spoiler is also wider, giving the new car a more powerful look. There are also other aerodynamic refinements that guarantee lower lift while keeping a good cd value. And more eye-candy for the rear end: the narrower LED rear lights.

The Porsche 911 Carrera also raises the standards for Porsche Intelligent Performance. It has a new lightweight aluminium body and a range of new functions and components that make it more efficient and that give it better driving dynamics.

This is the first passenger car to feature a standard seven-speed manual transmission, which is based on the seven-speed Doppelkupplungsgetriebe module. The first six gears have a close ratio that gives the driver better acceleration capacities. The seventh gear has quasi overdrive features that would help the car’s fuel economy.

The Porsche 911 Carrera is also the first sports car to be fitted with an auto start and stop function, which helps the car save as much as 0.6 liters for every 100 kilometers traveled. The function is available on the standard manual transmission and PDK modes. More fuel savings are brought to you by the electrical system recuperation and the joint thermal management system that handles the transmission and the engine. These components save 0.35 liters per 100 kilometers. The cooling design also does away with the ventilation openings that you normally find under the body, giving the car better aerodynamics and performance.

Further, you have the "sailing" function. This is the first time that such a function has been included in a sports car that has the optional PDK transmission. The sailing function uses one liter less for every 100 kilometers. Once the driver lets go of the accelerator, the engine disengages from the transmission and the car will still run with idle engines. If you are going at very high speeds, then you should be able to save more fuel.

The fuel savings that you get is complemented by downsizing: you have a 3.4-liter engine that gives you more power because it has a smaller displacement compared to earlier models. Indeed, the Porsche 911 Carrera with PDK makes a mark as being the first Porsche sports car to register CO2 emissions of less than 200 grams per kilometer.

The Porsche 911 Carrera has a completely reworked suspension with several redesigned parts, giving it better driving dynamics. The wheelbase is longer and the front has a wider track that gives it a steadier and more stable roll and tracking even at high cornering speeds.

Lastly, you have the electro-mechanical power steering, which combines the carmaker’s signature precision and feedback, with outstanding comfort. The new steering system only needs to be powered when you are steering, helping you save 0.1 liters of fuel for every 100 kilometers.