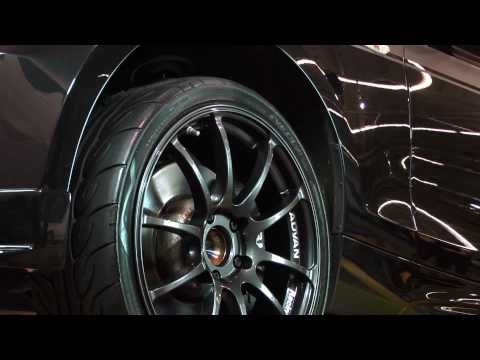 A 90-second video shows exactly what Chicagoland tuners WheelSTO did on the BMW 135i. The video is set to "Give Me That Slow Knowing Smile," by singer Lisa Ekdahl and shows some of the vehicle's assembly, and video of the car cruising through famed Blues Brothers and Batman locale Lower Wacker Drive.

The WSTO Project 1 v1.2 was introduced over the summer. Since then, some major changes have been added.

The BMW 135i now has a Bastuck quad-pipe exhaust that "really lets the turbo engine sound come through." From Japan comes a carbon fiber rear diffuser from 3D Design that is now attached perfectly to the stock bumper.

Lowering the car is made possible with the addition of H&R Sport Springs. The car rides on gunmetal-finish Advan RZ wheels that measure 19x8 +45 and 19x9 +50 and are wrapped in Yokohama Advan AD08 performance tires.

Other participants in the car include IND/A&L, K1 Productions, and VS Motorsports. WheelSTO started off with a twin-turbo 3.0-liter six-cylinder BMW 135i that produced 300hp but it eventually boosted power to 414hp at the wheel. WheelSTO also said that 376hp and 327hp editions are possible.

BMW revealed that both the Convertible and Coupe versions of the 135i will be fitted with the manual six-speed gearbox as standard. Newly developed, this gearbox has been optimized in order to make sure that efficiency is maximized. It also makes use of dry sump combined with injection lubrication in order to optimize the engine’s efficiency even more. One way it does this is to make sure that there is an ample amount of oil supply.

In addition, efficiency is also enhanced since the drag forces are lowered while splash losses are prevented. In addition, a double-clutch seven-speed gearbox with Sport Automatic is available. This will be the first time that such a gearbox will make an appearance in the 1-Series from BMW and it is expected to optimize even further the driving qualities of the range, which is in line with the BMW EfficientDynamics philosophy.

The reason for this is that the gearbox not only enhances the efficiency of this top-flight compact models, it does the same for the acceleration. Further it combines these two improvements with the comfort offered by an automatic transmission from BMW. This particular gearbox is able to change gears without any disruption whatsoever with the power and the torque.

It also allows the driver a choice between a manual version or an automatic one. Because of the way the gears shift smoothly and rapidly, it allows for a more balanced acceleration and lowers fuel consumption as well as reduces emissions at the same time. Further, the close increments of the gears mean that the transmission ratio is always optimized regardless of the situation. Finally, in order to manage the double-clutch gearbox, the driver can do so conveniently either through the gearshift paddles placed on the steering wheel or the gear selector lever.