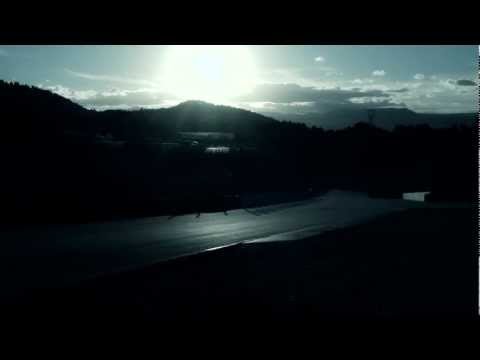 McLaren has released the latest short video of its development of the production McLaren P1, which it claims will be the best driver’s car in the world on road and track. In September 2012, the McLaren P1 was introduced as a design study at the Paris Motor Show where it received a ton of interest. Its progress since then has continued at a fast pace.

The testing programme for the model is now being conducted by the team at McLaren Automotive. The McLaren P1 is expected to increase the supercar performance benchmark with the company’s 50 years of skills and knowledge stemming from its involvement at the peak of motorsport Formula 1 techniques and processes.

McLaren was able to ensure an excellent performance and the meeting of ambitious targets before the first prototypes have been built with the use of CFD (computational fluid dynamics) aerodynamic modelling and bespoke Formula 1-derived dynamics simulation tools.

McLaren P1 was also subjected to physical testing to get some detailed analysis. A group of McLaren engineers, technicians and racing drivers is operating a fleet of vehicles codenamed XP with the most challenging conditions and on roads and circuits throughout the world.

The development team has been collaborating with McLaren Automotive technology partners on bespoke components and developments and has been conducting thorough testing procedures for the McLaren P1.

The team has been testing Akebono on a very efficient braking system, Pirelli on high performance tyres and Mobil 1 on leading cooling, lubrication and hydraulic fluids. McLaren P1 will offer exceptional road and track dynamics and performance, partnered with levels of driveability and refinement unparalleled in this type of supercar.

The new McLaren P1 is laden with an array of advanced technologies -- some of which are now banned in Formula One – that include active aerodynamics and adjustable suspension.

Active aerodynamics in the new P1 comes in the form of the banned active rear wing and a number of devices on the underbody – all helping optimize airflow around the body of the vehicle. To increase the level of downforce, the rear wing could extend from the bodywork by 120 mm when on the road and up to 300mm when on the track.

This wing takes inspiration from F1; the intersection of the double element rear wing as well as design of the endplates are practically the same as those on the McLaren MP4-23 that won the F1 2008 championship.

Thanks to a new hydro-pneumatic suspension -- RaceActive Chassis Control (RCC) -- the ride height of the new P1 could be adjusted accordingly. For instance, RCC could lower the ride height car by 50 mm in Race mode to generate ground effect aerodynamics.

RCC includes adaptive spring rates, roll control, pitch control as well as damping, allowing the new P1 to be suitable whether on the road or on the track. When in Race mode, the spring rates could stiffen by 300 percent, thereby allowing the McLaren P1 to corner at over 2g.

Other F1-inspired technologies found in the P1 is the new carbon fiber MonoCage monocoque. The MonoCage serves as a complete structure that already includes the roof and the snorkel air intake. This structure is made possible by McLaren’s world-renowned expertise in carbon technology. Carbon fiber isn’t only light, but is also strong and rigid – qualities that could help improve performance, handling, and agility, while increasing the levels of efficiency, safety and ride comfort. Likewise, the P1’s body panels are made from lightweight yet strong carbon composite.