One-off Dodge Challenger SRT Hellcat Convertible is up for sale 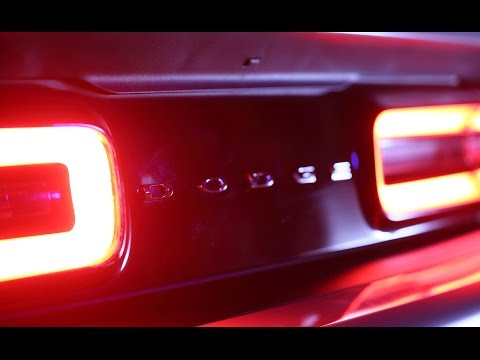 Challenger is one of the best performing vehicles in Dodge’s artillery of muscle cars. Packed with a 6.4-liter Hemi V8, the Challenger R/T can produce 485 horsepower and 475 lb.-ft. of torque and it comes with a choice of either a six-speed manual transmission or an eight-speed automatic. However, a very exciting version of the Challenger is currently for sale. Coming from the deepest pits of hell or rather, from Dodge’s production line is the Challenger SRT Hellcat.

Unlike the standard version of the Challenger which is powered by the 3.0-liter Pentastar V6, the Challenger SRT Hellcat it is packed with a supercharged 6.2-liter Hemi V8. But wait, there’s more! What makes it more imposing than its ancestor is that it is able to produce 222 horsepower more than the Challenger R/T, that is, a whopping 707 horsepower plus 650 lb.-ft. of torque. The Hellcat is one hell of a muscle car as it speeds up from 0 to 60 mph in just 3.6 seconds and has a top speed of 199 miles per hour.

It’s amazing how much this muscle car can achieve. Now imagine the Challenger SRT Hellcat’s already awesome stature getting a boost, say, a convertible version. I bet you’d be as excited. You won’t be the first to dream for this to be built. But there’s one man who made it happen.

Iverson commissioned his dream and met up with the former SRT boss and current head of design for FCA, Ralph Gilles for the modification of the Challenger SRT Hellcat. They also teamed up with DropTop Customs, one of the best companies in the world that cater to convertible conversions.

American convertibles were always dreaded for its useless backseats but the convertible Hellcat serves as a constant reminder that this is not always the case. Even if the convertible Hellcat lost some of its straight-line speed because of its now soft top and added weight, its supercharged Hemi V8 is pretty fast and is still able to produce 707 horsepower.

No major sacrifices were made with the convertible Hellcat and that’s something that’s comforting to know. We’d thought that Iverson would keep this car (what with 555 miles on its odometer) but it is not the case.

The convertible Challenger Hellcat is now up for sale at the Iverson Chrysler Center dealership and comes with a price tag of $139,000, slightly higher than the original price of its hardtop version. Even if it has racked up some miles, this bad boy is still a prized possession for any collector. If you want to go up against a Camaro ZL1 Convertible, this would be your guy.