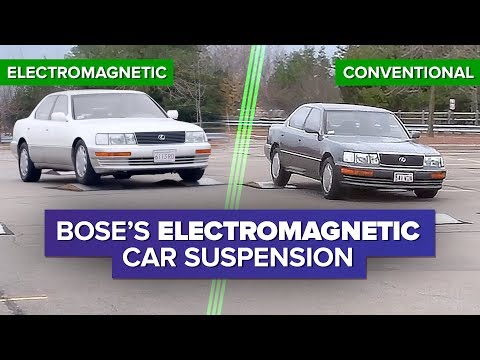 A suspension connects the vehicle to its wheels through a system of tires, tire air, springs, shock absorbers and linkages that allow the “relative motion” between vehicle and its wheels. It maximizes the friction between the road surface and the tires and is a great contributor to good handling because it provides stable steering.

Since road conditions are not the same in every place, suspensions help a lot in maneuvering the vehicle to avoid accidents. Once a vehicle hits a bump in the road, the wheels move perpendicular to the road surface (in an up and down motion, following Newton’s laws of motion) and will consequently experience vertical acceleration.

The magnitude of the force will depend on the unevenness of the road as such, the suspension is very important at this point. Instead of transferring all the vertical energy onto the vehicle’s frame and body, the suspension absorbs this energy. The wheels will no longer lose complete contact with the road, and both the vehicle’s frame and body will remain undisturbed. This is part of the many systems that are developed by engineers in order to avoid road bump accidents.

Back in 2004, acoustic technology expert Bose Corporation started to develop a system far different from what they were known for. Instead of creating beautiful audio masterpieces, Bose started to play with car suspension systems. This gave rise to the birth of the Bose suspension.

The Bose suspension was one of the biggest innovations in the field of suspension design. Using a linear electromagnetic motor or LEM that can extend and compress at a much greater speed compared to a conventional shock-and-spring setup, vibrations in the passenger cabin are eliminated. With the use of amplifiers, electricity is provided to the motors and consequently, regenerated with each compression.

The motors are not limited to the inherent inertia in the vehicle unlike the conventional fluid-based dampers. All of these contribute to the wheel’s motion so that it can be finely controlled, keeping the vehicle’s body level with the ground regardless of road condition. Moreover, the LEM gives a better sense of control for the driver as it is also capable of counteracting the body motion of the car during acceleration, braking and cornering.

Unfortunately, this system never reached production. For what reason, you say? Well, CNET explains that the system was “too heavy” and it was too expensive for commercial production. Fortunately, Bose found a way to incorporate some of the elements of this technology in the Bose Ride, a seat for truck drivers that is capable of controlling shock and vibration before it reaches the driver. However, there are still a lot of people who are hopeful that some car manufacturer makes use of this genius technology.