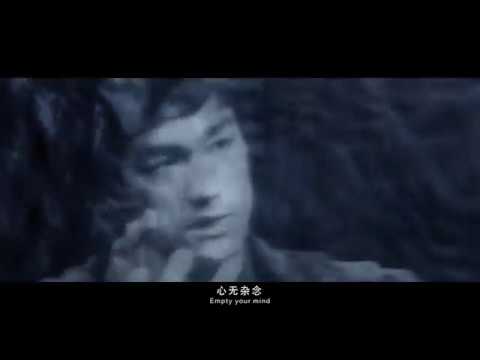 A new BMW commercial from China captures Bruce Lee’s striking words about the power of water. BMW has taken an excerpt from a 1972 interview by Pierre Berton for the advertisement where Lee talks about the water’s significance to flow and crash. The meaningful words he left were beautifully interpreted in a span of 1 minute and 5 seconds.

During the entire 1:05 minute commercial, the iconic martial artist was speaking his mind in the background while the video of the M4 GTS’ new water injection was being played in slow motion. In his exact words, Lee can be quoted as saying “empty your mind…be formless…shapeless …like water. If you put water into a cup, it becomes the cup. If you put water in a bottle, it becomes the bottle. If you put it on a teapot, it becomes the teapot. Now water can flow on it…or it can crash”. The commercial ended with “be water, my friend” as Lee’s parting words. The idea may be entirely philosophical but it makes perfect sense in the automotive context.

The new water injection system on the BMW M4 GTS was actually derived from Bosch. It works by spraying adequate amount of water into the engine’s intake manifold to improve performance. The liquid evaporates and cools down the chamber letting the turbo run at higher boost. As a result, the 3.0-liter biturbo 6-cylinder engine produces up to 464 hp (368kW) and 442lb-ft (600Nm) of powerful torque. Once the 5.0-liter (1.3gal.) is totally consumed, the engine’s computer redials the power output until such time the tank is refilled. The water should take up to 2,896km (1,800 miles) between refills as estimated by BMW.

The car manufacturer was able to sell more than 800 examples of the M4 GTS while more than 20 additional units were sold for promotional reasons. The estimated figure was based on the VIN numbers of the examples already produced. Apart from the power boost, the M4 GTS has cut down on weight by up to 1,510kg (3.8lbs). The upgrade allows the coupe to accelerate from zero to 62mph in 3.8 seconds before reaching its 190 miles per hour (305km/h) top speed.

BMW China’s advertisement with the martial arts actor clearly explains the advantages of using the new water injection system on the M4 GTS. Together with Bosch, the Bavarian marque will be offering the same technology to other BMW models starting 2019. BMW intends to use water injection system on standard models for lesser CO2 emissions and improved fuel consumption.