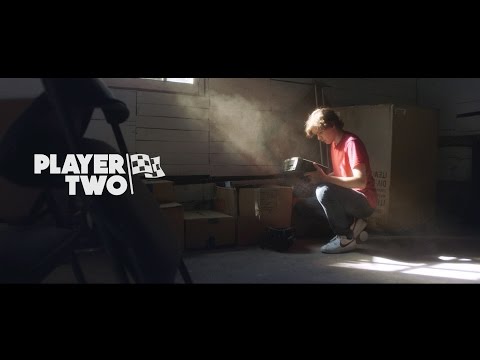 A guy with the username 00WARTHERAPY00 commented on a YouTube video entitled, “Can Video Games Be A Spiritual Experience”, a heartwarming story about his father— which basically answers the question of the video published by PBS Digital Studios in 2014.

In racing games, a lap is recorded as a ghost when one sets the fastest lap time. The ghost he was talking about was actually the lap his father was able to set a record of before he passed away. As a result, the guy gets to play with his father whenever he wants. As long as he does not beat his father’s record, he can continue to play with him.

This story inspired John Wikstrom, a California-based filmmaker, to publish a short film entitled, Player Two. The clip is a two-minute video showing how video games can greatly affect a father-and-son relationship. Wikstrom made use of the entire story in the said comment section as a narration for the short clip, with Zac Pullam reenacting the story.

According to the story, there was one time that he nearly beat the ghost. However, he stopped right in front of the finish line just to make sure he does not compromise his father’s ghost. Even if he has not uploaded any videos on YouTube, 00WARTHERAPY00 has immediately gained more than 2,000 subscribers following his heartwarming comment. It is very rare that one gets so popular because of a single comment.

The truthfulness of the story, however, is yet to be confirmed. 00WARTHERAPY was not available for interviews. Wikstrom was likely unable to contact him. As Wikstrom puts it, many people are now following course, sharing stories about feeling the presence of dead loved ones through video games and consoles.

Whatever— true or not, it is just wonderful how mere video games are able to strengthen the bonds between a father and a son that even death cannot take away such connection. His account resonates with such optimism on how compelling this story is in proving that men do have their soft spots, especially when it comes to family.