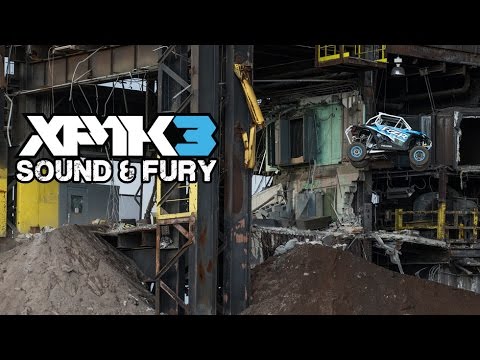 Even professional racers go through clumsy and painful moments. Truly enough, as the saying goes, “What does not kill you only makes you stronger.” It has all been proven by off-road driver RJ Anderson as he drives through a series of obstacles for his XP1K3 filming.

Recently, a compilation of the stunt failures and behind-the-scene (BTS) footages and pictures entitled “UTVUnderground Presents: RJ Anderson XP1K3 Sound and Fury” was released. It is seriously daunting and not for the weak.

For starters, Anderson is widely recognized for his off-road racing skills with various championship titles. He is definitely a superstar on the off-road racetrack. However, despite driving a heavily-modified vehicle with his expertise honed by years of experience, perfection can still be difficult to achieve. Or at the very least, it takes a number of failures.

The XP1K series, produced by Mad Media in cooperation with Polaris Industries, BFGoodrich Tires, and Monster Energy, shows how Anderson runs and handles a heavily-modified Polaris RZR XP 1000 through off-road obstacles and customized ramps on a private property.

However, of course, it is not possible to shoot an intensely cool video without the bloopers and whatnots. Given the nature of off-road driving, testing a potential scene before rolling out is essential. Most stunts cannot be pulled off all at once during initial attempts. Some stunts, on the other hand, were extremely risky that they did not make it to the final production.

For the third and latest addition to the series, Mad Media claimed that over a year was spent on planning and development. A team composed of 15 workers spent over a month cutting, bending, fabricating, stacking, and welding the custom obstacle course.

Meanwhile, the actual filming was completed in two weeks with a 40-member crew working together. The stunts were perfected in the end but this Sound and Fury clip goes to show that preparing for a short film filled with off-road racing tricks requires a lot of time and effort. It takes loads of bravery too.

The failed stunts are quite funny but if carefully reviewed, they are actually painful. Even Anderson, a professional in this field, had to suffer a lot just to pull everything off. This is why you should not be trying this on your own— supervised or not. It can be extremely dangerous!