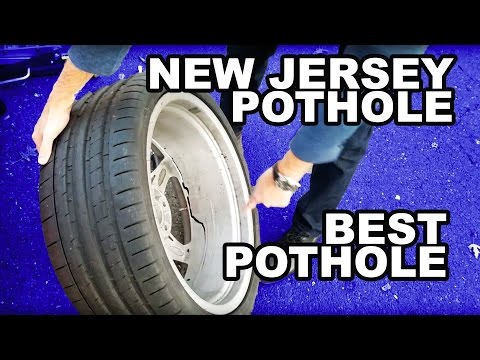 In our daily drive, we do what we can to make sure our cars do not experience any untoward incidents. Still, there are times when such events are unavoidable and we have no choice but to steer to a pothole. While this may be normal for those who drive standard models, it would be difficult to imagine such a thing happening to owners of luxury or high-end vehicles.

Well, this is exactly what happened with Rob Ferretti and his Ferrari 458 Spider. However what makes this unique is that this is not a simple case of a Ferrari hitting a pothole as the wheel of his 458 Spider in fact shattered. While in most cases this incident would have been cast aside, Rob managed to put everything on video and post it on his official YouTube channel.

The video which Rob filmed using a Galaxy S7 showed him falling into a pothole, stopping and then stepping out of the car to discover his blunder. With this video though, Rob showed that should this happen to you, there is no need to panic. He even looked at eBay to know how much a replacement wheel costs. Rob also showed us what to do if such an event ever happens to you on the road. However, the video also shows the importance of having somebody to help you and deliver a spare tire. In the case of Rob, it was his brother.

Rob Ferretti co-owns Gotham Dream Cars with Noah Lehmann-Haupt. Gotham Dream Cars was established in 2004 with the goal of renting out supercars. In addition, Rob is known for being part of the Super Speeders DVD series, which is published by his very own Ferretti Productions. As of 2016, it was estimated that Rob had a total net worth valued at $8 million.

The 458 Spider had its beginnings in 2009 when the brand ended the F430 and started the 458 Italia. It was in 2011 when Ferrari officially came out with the 459 Spider. At that time, the brand knew that it wanted to come up with a model that had the same innovations as that of a Coupe. As such, the 458 Spider became the first convertible to have a mid-engine feature. Further, it also had a folding metal roof. Powering the 458 Italia is the V8 engine which comes with direct fuel injection, the first for a mid-engine Ferrari road car.