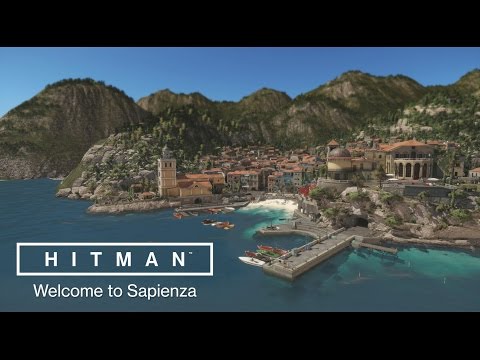 [Update: Io-Interactive Community Manager Travis Barbour contacted us and apparently, no dates for the ‘beta’ have been announced yet. As a result expect the final version on March 11, 2016!]

Io-Interactive has released a new trailer for the upcoming Hitman game through its community forums. The trailer, as expected, gives people a peek at what the upcoming game has in store for fans of Agent 47 and his contract hits.

According to Io-Interactive Community Manager Travis Barbour, the new trailer shows Agent 47 travelling to Italy, in the town of Sapienza by the coast. This city is huge, giving players lots of room to explore.

As for the storyline, Agent 47 continues to receive and pursue assassinations of targets which other people could consider “untouchable.” Of course, there’s no one with that status when it comes to Agent 47. Travis added that players will have full freedom to explore the world of Hitman when it comes out on March 11, 2016.

For instance, you can choose how and when you can accomplish a contract on a target. You can spend time planning the hit. When it’s time to make the hit, you can choose to assassinate your target from a safe distance with a sniper rifle.

If you’re audacious enough, you can get in close enough to murder your target with brutal hand-to-hand combat tactics. Sky is the limit when you take on the role of Agent 47. The trailer clearly displays a desire from the developers to go back to Hitman’s roots as an open-world game.

In addition, the beta is free for those that have already pre-ordered their copy of Hitman. The storyline, Travis said, will have its conclusion in 2016.

Dell Gaming Car pack brings Bugatti Chiron to Forza Motorsport 7
Turn 10 Studios, the developer of Forza Motorsport 7, has just released this month’s collection of downloadable cars for the gamers. This time, it is very different from last month’s...

Updates on Gran Turismo Sport will add 15 new free cars, 35 more cars to arrive in 1Q-2018.
A couple of weeks ago, the Gran Turismo Sport was launched on Sony’s PlayStation 4 console. In the game, players get to choose from 162 cars. But that’s almost nothing...

Gran Turismo Sport bundle comes with a real customized 2018 Mazda MX-5 Miata, 4K TV
One lucky gamer from Taiwan gets the chance to ultimately experience Gran Turismo Sport with the exclusive special edition that is priced at 1.398 Taiwanese dollars ($46,300). Why pay that...

Heads up to Fallout 4/Forza Motorsport 6 players: The Chryslus Rocket ’69 has arrived!

New games now available for PS Plus members on January 5

12 Xbox One Bundles up for grabs from Microsoft this Holiday