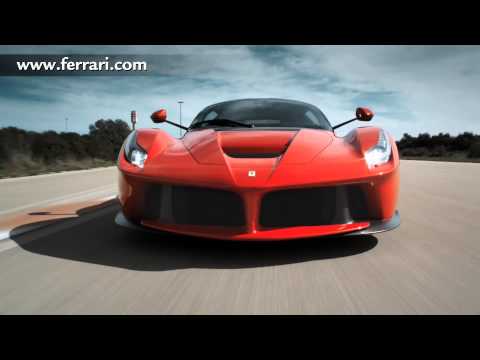 Earlier this week, Ferrari unveiled at the Geneva Motor Show the LaFerrari, its latest supercar also known as Enzo successor. The latest car from Ferrari is powered by a V12 engine delivering 800 hp and 700 Nm of torque, but also by an electric motor, which delivers an extra 163 hp and 270 Nm of torque. The LaFerrari delivers a total output of 963 hp and according to Ferrari the supercar emits just 330 g/km of CO2.

Some of the electronic controls include ESC stability control, EF1-TRAC (F1 electronic traction control which is integrated with the hybrid setup), third-gen differential and magnetorheological damping with twin solenoids. Although the pricing was not announced, the LaFerrari is rumored to cost 1.3 million euros. Still, several sources say that the car is already sold, but nothing is official until now!

LaFerrari achieves its outstanding performance partly thanks to active aerodynamics, which is heavily credited for allowing the car to adjust its configuration as needed.

During the development of the LaFerrari, its engineers aimed to make the new Ferrari feature the highest level of aerodynamic efficiency that a road car could achieve. By employing technical solutions, CFD analysis and F1 Wind Tunnel testing, the Italian carmaker was able to give the LaFerrari a coefficient of drag value of nearly 3.

Ferrari was also to hike the aerodynamic efficiency of the LaFerrari through its active aerodynamic devices both on the front (front diffusers and guide vane on the underbody) and on the rear (rear diffusers and rear spoiler). This way, the new LaFerrari could generate enough downforce as required without having to compromise its coefficient of drag. Using different performance parameters as basis, these active aerodynamic devices deploy automatically. Since LaFerrari’s dynamic vehicle controls monitor these devices in real time, ideal configuration is achieved according to driving conditions.

Amazingly, the active aerodynamics and hybrid system of the new LaFerrari have been integrated with the other dynamic control systems, thereby allowing the car to intelligently respond to driver inputs. This ultimately results to harmonious fusion between unmatched performance and unparalleled driving emotions.

To achieve instantaneous response, the new LaFerrari uses proprietary Ferrari algorithms that optimally integrate the car’s V12 engine and. For instance, during cornering, the HY-KERS keeps the rpm of the V12 at high levels to ensure better acceleration when exiting the curve.

Aston Martin's Lagonda marque unveils All-Terrain Concept
Aston Martin’s Lagonda luxury marque is confirming its plans to launch an all-new crossover in the near future by unveiling a new concept at the 2019 Geneva Motor Show. Dubbed...

Mercedes-AMG S65 bids farewell with new Final Edition
The vivid story of luxury performance that goes by the name of Mercedes-AMG S65 is nearing its end. AMG is basically signaling this fact by unveiling a final edition of...